Autism on the big screen

National Autism Awareness Month falls in April and it’s all about celebrating, creating awareness and acceptance, and igniting change against stigma and discrimination.

Autism Spectrum Disorder (ASD) has been portrayed in many works of fiction over the years, representing the diversity, challenges and varied perceptions of ASD. Here’s some movies and TV shows that we love, that portray Autism in a unique, insightful and sometimes even humorous way! 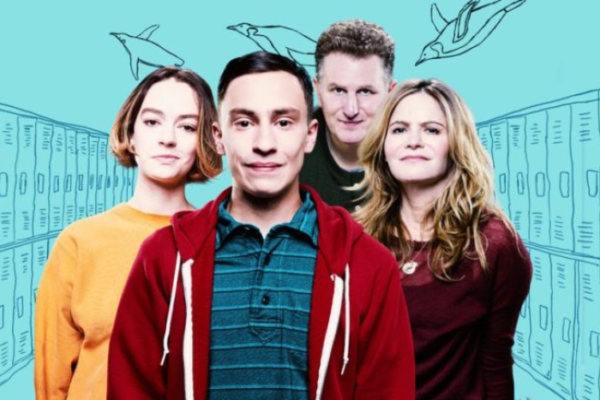 This comedy series begins when Sam, a teenager who has Autism, decides he’s ready to start dating. Viewers follow Sam and his family, who must navigate the changes of Sam’s behaviour as well as their own family dramas. The series has a strong voice on topics such as Autism, diversity, family and what it means to be ‘normal’, using comedy as a means of communicating.

Parenthood is widely acclaimed for its narrative on Asperger’s Syndrome, depicting the ups and downs of the condition through the lens of the Braverman family, including sister, Haddie, parents, Adam and Kristina, and the extended family. The show’s heavy focus on life with a developmental disability and its familial impact is a major learning experience, touching also on subjects such as cancer, addiction and mental health.

This Disney Pixar short film features a female protagonist who has ASD and is nonverbal. Adrift on a lake, two kids with different ways of communicating attempt to connect. This is a story about human connection and diversity, portrayed beautifully in a nine-minute short film.

Another short film by Disney Pixar, ‘Float’ is based on writer Bobby Alcid Rubio’s experience with his son, who has Autism. The film highlights the challenges and rewards of raising a child with ASD, portrayed through a father’s discovery of his son’s ability to defy gravity.

While it’s not explicitly stated, The Big Bang Theory’s Sheldon has widely been attributed with having characteristics in line with ASD. Whether or not he does have Autism, the show’s popularity has brought the topic to a global audience and seen a lot of praise, especially for Sheldon’s character. Sheldon is genius, honest and authentic – hence why he’s so widely loved!

This TV series follows Dr Shaun Murphy, a young surgeon who has Autism and Savant Syndrome, as he navigates his way through a new job at a prestigious hospital. Shaun applies his unique and brilliant mind to treating his patients, while facing challenges connecting with his colleagues.

A heart-warming and comical movie, I am Sam is about a father with an intellectual disability and his fight to retain custody of his seven-year-old daughter, Lucy (a Young Carer!). As Sam’s young daughter begins to surpass him intellectually, Sam must battle against a social worker with the help of his friends to keep her from foster care. Family, love and hope are the key themes throughout the movie.

This is a touching show that depicts a whole range of themes, including ASD, queer representation, bullying and terminal illness. The show revolves around 25-year-old Nicholas and his two sisters, who he is left to care for following the death of his father. Believe it or not, it’s a comedy, highlighting some pretty heavy issues. Matilda is a wonderful representation of Autism, and the show casts a new light on everyday teenage challenges through the lens of ASD in a tasteful and humorous manner. 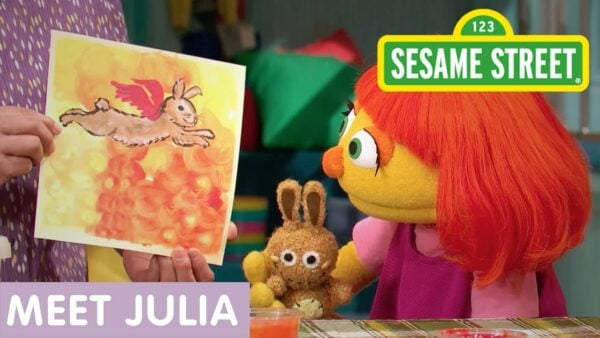 Sesame Street has its own character with Autism. Julia is four years old and a yellow Anything Muppet with a red bob cut hairstyle and green eyes. Julia is part of Sesame Street’s Autism initiative, See Amazing in All Children, which aims to increase understanding around ASD and provide tools for families to overcome everyday challenges.

The movie tells the story of Nathan, a teenage math prodigy who also has Autism. It’s an inspiring story of self-discovery, as Nathan becomes friends with a young girl while both competing at the International Mathematics Olympiad.

This one’s a tear jerker and faces a lot of difficult issues, as a young boy struggles to come to terms with his father’s death following the events of 9/11. The movie follows Oskar’s journey to discover a message left by his father when he accidentally comes across a mysterious key. Oskar is widely presumed to have ASD, he covers his ears to block out the noise of screeching subways and loud planes, struggles to socialise with other people, has high levels of anxiety and is often misunderstood. It’s a beautiful movie and we encourage you to watch it if you’re looking to have a good cry!

Did you know? 50% of Young Carers live close to or below the poverty line.

Your donation can help.

I want to tell you a story about a Grade 4 boy called Mahyar. He went to a school that I worked at in Sydney. He was the same age then, that my oldest daughter Isla is now. But first, I need to tell y...

A Letter From Our CEO

Hello, Today I am writing you a letter that I never thought I would write. It’s 2019 and 10 years since the launch of Little Dreamers. As a young woman I imagined what it would be like to run a bu...

Our Favourite Movies and TV Shows about Young Carers

FacebookLinkedinTwitterEmail
Back to Top
Menu